Nearly 10 million people were working in the global renewable energy sector in 2016. That’s according to a new report from the International Renewable Energy Agency (IRENA), which says more […] 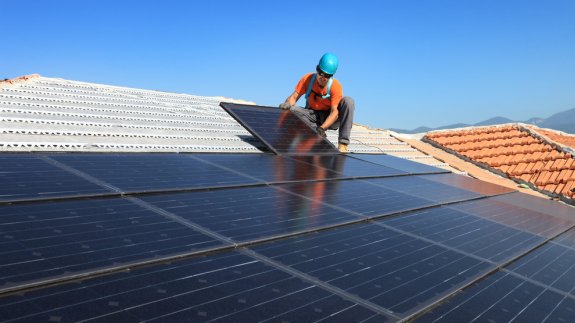 Nearly 10 million people were working in the global renewable energy sector in 2016.

That’s according to a new report from the International Renewable Energy Agency (IRENA), which says more jobs are being created in renewables than in fossil fuel industries.

The statistics show 1.5 million of these people worked in large scale hydropower.

China, Brazil, the US, India, Japan and Germany accounted for most of these jobs. In China, 3.6 million people worked in the clean energy sector, an increase of 3.4% on the year before.

In the US, jobs in the solar industry increased 17 times faster than the overall economy, growing 24.5% from the previous year to more than 260,000.

A 7% increase in global wind employment brought the total up to 1.2 million jobs, while biofuels accounted for 1.7 million jobs, biomass 0.7 million and biogas 0.3 million.

Around 62% of jobs in clean power were located in Asia, where Malaysia and Thailand in particular became global centres for solar panel manufacturing.

“As the scales continue to tip in favour of renewables, we expect that the number of people working in the renewables sector could reach 24 million by 2030, more than offsetting fossil fuel job losses and becoming a major economic driver around the world.”

Scottish renewable energy firms anticipate a sixth of the industry’s workforce will be lost in the next year.