Donald Trump’s announcement yesterday that the US would pull out from the Paris Agreement on climate change, has already been met with a raft of negative reactions from around the world. […] 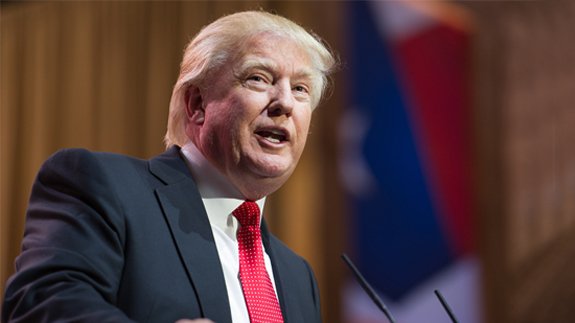 Donald Trump’s announcement yesterday that the US would pull out from the Paris Agreement on climate change, has already been met with a raft of negative reactions from around the world.

The president declared the deal would undermine the American economy, “hamstring” its workers and put the country at a permanent disadvantage compared to other nations.

He did offer a glimmer of hope for those against the decision by suggesting he would be open to re-entering or re-negotiating the deal if more favourable conditions for the US could be agreed upon.

Boris Johnson has said Britain will continue to press the US to cut damaging emissions regardless of the decision.

He suggested the UK still believed international action was necessary to lower emissions and slow the pace of global warming.

Speaking to the media, he said: “We will continue to lobby the Americans and the White House to show the leadership they have shown in the past on reducing Carbon Dioxide.”

James Rubin, Partner at law firm Dorsey & Whitney and ex-Attorney in the Environment and Natural Resources Division of the US Department of Justice, said the decision is an “unnecessary” and “ill-advised” political statement.

He added: “A lower target or reduced US financial commitments would itself send a powerful message but not one so very unhelpful, unnecessary or unwise as complete disengagement from the rest of the world, on one of the most critical issues of our time.”

The Global Warming Policy Forum regards the decision as “the inevitable outcome of a fatally flawed process”.

Dr Benny Peiser, Director of the group, said: “The Paris climate agreement was pushed through against the declared will of America’s elected representatives.

“US leaders and critics had warned international leaders repeatedly that the US Senate rejected Obama’s deal and that a Republican president would shred it to pieces.”

He added the accord now faces the same fate as the Kyoto Protocol, which also ended in failure.

‘EU needs to step up’

Wendel Trio, Director of Climate Action Network Europe, welcomed strong statements from the rest of the world that their countries will not withdraw commitments, goals, policies and actions related to climate change.

He said: “The EU needs to step up its game now, to trigger more climate action and smooth the way for scaling up the Paris climate pledges.”

Martin Baxter, Chief Policy Advisor at sustainable body IEMA, said the move is “deplorable and flies in the face of scientific and economic evidence”.

He went on: “The effects of climate change impact everyone, everywhere. The reckless actions of a single government must not be allowed to undermine the consensus reached in Paris in 2015.”

Anthony Hobley, CEO of the Carbon Tracker Initiative, agreed, saying although withdrawal from the Paris Agreement was an “economic and leadership failure of monumental proportions”, warning it would cast the US on the wrong side of history, decarbonisation has already reached a tipping point where it is unstoppable.

He added that the shock could even serve to galvanise the world on to even greater green efforts.

“This move is exactly the wrong direction for our nation and world,” said Fran Teplitz, Executive Co-Director of Green America.

She added: “Trump’s decision to support the fossil fuel industry over the interest of people and the planet is an historic failure.”

Michelle Hubert, Head of Energy and Infrastructure at CBI, looked at how the decision would affect the UK.

She said: “It’s disappointing that President Trump has signalled his intention to withdraw the US from the agreement but now is the time for governments to affirm their commitment to it by turning global ambition into national reality.

“By investing and innovating, British businesses will be at the heart of delivering a low carbon economy and will want to see domestic policies that demonstrate commitment to this goal.”

Tanya Steele, CEO of the WWF, said: “It’s hugely disappointing that President Trump is making the mistake in rowing back on the Paris Agreement.

“Climate change is a very real global issue that affects the successful future of our planet. Pulling out of Paris would make it harder for the world to reach a safer and more prosperous future.”

She added 84% of UK citizens now want the Prime Minister to convince President Trump to stay true to what was agreed in the deal and urged the next UK Government to press for the US to urgently re-join the Agreement.