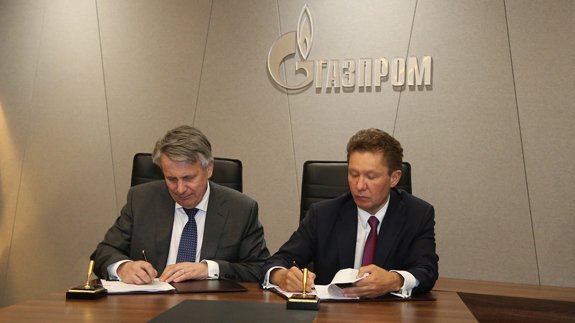 Gazprom and Shell have agreed to set up a joint venture for a Liquefied Natural Gas (LNG) plant.

Gazprom Chief Executive Alexey Miller and Shell Chief Executive Ben van Beurden have signed an agreement for the financing to carry out the design, construction and operation of the Baltic LNG project in the Leningrad Region.

Another agreement allows the companies to start developing preliminary project documentation as soon as possible.

The plant in the port of Ust-Luga is expected to have an annual capacity of 10 million tons.

The two companies are already partners in the Sakhalin II LNG project, which they also plan to expand.

Last year it produced above 10.9 million tons of LNG, exceeding the design capacity by more than 1.3 million tons.