An awareness campaign against ‘fatbergs’ in the sewers of East London has seen a 26% reduction in pipe blockages. Thames Water says almost 70% of people in parts of Newham, […] 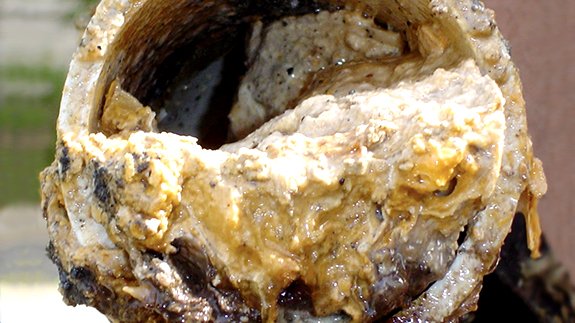 An awareness campaign against ‘fatbergs’ in the sewers of East London has seen a 26% reduction in pipe blockages.

Thames Water says almost 70% of people in parts of Newham, Redbridge, Havering, Epping Forest and Barking and Dagenham say they’ve changed their behaviour when it comes to disposing of cooking fat and wipes as a result of the scheme.

Fatbergs occur when these materials gather in a sewer and cause a blockage.

The boroughs were targeted after being identified as fatberg hotspots – 51,000 homes were sent leaflets and fat trap devices to store used grease and oil, as well as posters and billboards being put up across the city.

More than half of people that received a fat trap say they now use it, rather than pouring waste down the sink.

Head of Wastewater Networks at Thames Water, Matt Rimmer, said: “Eight times every hour one of our customers suffers a blockage caused by items being flushed away or put down the drain which shouldn’t be so it’s vital we get people to change their ways.

“It’s simple –  nothing other than waste water should go down the sink and only the three ‘P’s – poo, pee and (toilet) paper can be flushed down the loo.”