Michael Gove has returned to the front bench as Environment Secretary. He has taken over Andrea Leadsom’s role, who has now been appointed the new Leader of the House of […] 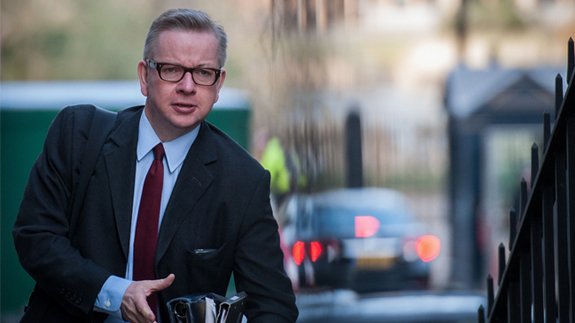 Michael Gove has returned to the front bench as Environment Secretary.

He has taken over Andrea Leadsom’s role, who has now been appointed the new Leader of the House of Commons by Theresa May as part of the Cabinet reshuffle.

It comes in the wake of losing her majority in the general election. Mrs May now plans to cut a deal with the Democratic Unionist Party (DUP) to form a Conservative minority government.

Mr Gove, the former Justice Secretary, was previously sacked by Mrs May in one of her first acts as Prime Minister.

He will now be in charge of finalising the government’s controversial air quality plan which has faced legal action, developing a new agricultural subsidies and fisheries policy regime and other environmental laws post-Brexit.

Speaking to Sky News, he said he was “absolutely delighted” about the new role.

Mr Gove added: “Environment Secretary is a really important job and I’m flattered that Theresa May has asked me to re-join her team and I hope to play a part in ensuring that as we prepare to leave the European Union and things like the Common Agricultural Policy no longer apply, that we safeguard what’s best in our environment and make sure also that those who make our countryside beautiful and who keep it productive are at the very heart of policymaking.

“I was quite surprised, I have to say… I genuinely didn’t expect this role though I am delighted to be part of the government and delighted to be able to support Theresa to ensure that we have a government capable of delivering on the people’s wishes.”