Record levels of renewable power were installed in 2016, totalling 161GW of new global capacity. That’s according to a report from REN21, which suggests this was achieved despite 23% less […] 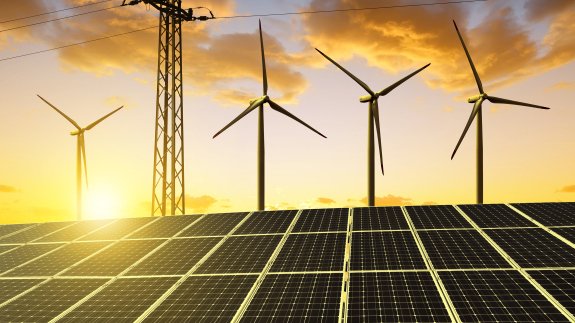 That’s according to a report from REN21, which suggests this was achieved despite 23% less investment than the year before, at $241.6 billion (£189.8bn)

The report also suggests recent deals in Denmark, Egypt, India, Mexico, Peru and the United Arab Emirates saw renewable electricity being delivered at or below $0.05/kWh (£0.04), well below equivalent costs for fossil fuels and nuclear.

Global energy-related carbon dioxide emissions remained stable for a third year, despite 3% growth in the global economy and an increased demand for electricity.

REN21 says this is primarily due to the decline of coal but also thanks to growing clean capacity and improvements in energy efficiency.

However, the group also believes the energy transition is not happening fast enough to achieve the goals of the Paris Agreement.

It says although global green investments roughly doubled those of fossil fuels, they were still down 23% compared to 2015.

Christine Lins, Executive Secretary of REN21, said: “The world is in a race against time. The single most important thing we could do to reduce carbon dioxide emissions quickly and cost-effectively, is phase-out coal and speed up investments in energy efficiency and renewables.”