US supercomputers secure $258m of funding

Six US technology firms are to receive a share of $258 million (£203.6m) to increase the energy efficiency of the nation’s future supercomputers. The Department of Energy’s (DoE) Exascale Computing Project (ECP) hopes […] 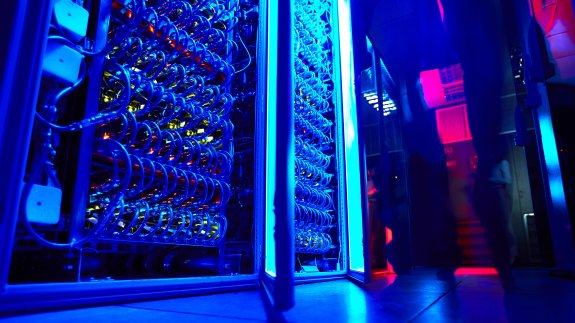 Six US technology firms are to receive a share of $258 million (£203.6m) to increase the energy efficiency of the nation’s future supercomputers.

The Department of Energy’s (DoE) Exascale Computing Project (ECP) hopes to deliver at least one such system by 2021 – exascale computers are capable of a billion billion calculations per second and are around 50 times faster than today’s most powerful technology.

The DoE says they will prove critical for US leadership in the energy sector, as well as in other areas such as national security and manufacturing.

The awardees will receive the funding over a three-year period and will also help maximise the overall performance of the supercomputers by developing a range of hardware, software and applications.

They will provide additional funding, amounting to at least 40% of their total project cost, bringing the total investment to at least $430 million (£339.4m).

US Energy Secretary Rick Perry said: “Continued US leadership in high performance computing is essential to our security, prosperity and economic competitiveness as a nation.

“These awards will enable leading US technology firms to marshal their formidable skills, expertise and resources in the global race for the next stage in supercomputing—exascale-capable systems.”