Theresa May’s pledge to consider a price cap on energy costs was dropped from the Queen’s Speech today. The government has however said it will tackle “unfair practices” in the […] 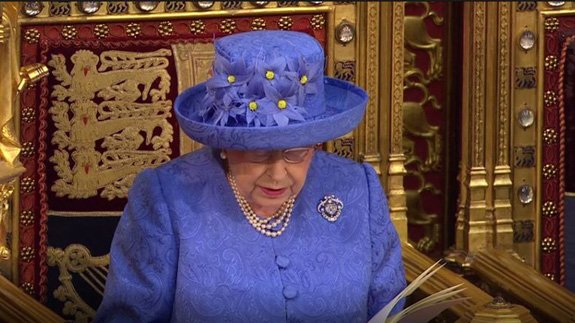 Theresa May’s pledge to consider a price cap on energy costs was dropped from the Queen’s Speech today.

The government has however said it will tackle “unfair practices” in the energy market and help reduce bills.

In her 64th speech, the Queen said: “My government will ensure fairer markets for consumers, this will include bringing forward measures to help tackle unfair practices in the energy market to help reduce energy bills.”

The document states the government will extend the price protection currently in place for some vulnerable energy consumers to more of those on the poorest value tariffs. It is considering the best way to do this – whether through action by Ofgem or legislation.

The dropping of the controversial proposal will generally be welcomed by suppliers who said it would have led to more injustice and higher bills not less.

It will extend powers to make changes to regulations by five years and introduce a Special Administration Regime to ensure the continuing operation of the national smart meter service if the provider becomes insolvent.

Ms May spoke to Donald Trump following his decision to pull out of the Paris Agreement, “expressing her disappointment with the decision”.

The document states: “The UK remains committed to taking a lead in the global response to climate change. The Paris Agreement is the right global framework for protecting the prosperity and security of future generations, while keeping energy affordable and secure for our citizens and businesses.”

It will establish a regime as the UK leaves the EU and Euratom to ensure the nation continues to meet its international obligations, with the Office for Nuclear Regulation will be given the powers to take on the role and responsibilities.

There will also be a separate Bill on the development of electric vehicles (EVs), which will support the ambition of “almost energy car and van to be zero-emission” by 2050.

The compulsory motor vehicle insurance will be extended to cover the use of automated vehicles, to ensure compensation claims continue to be paid “quickly, fairly and easily”.

The government also pledges to install charging points for EVs at motorway service areas and large fuel retailers, with a set of common technical and operational standards.