Women working in the engineering sector are in the spotlight across the world today. The International Women in Engineering Day (WES), now in its fourth year, focuses on the careers […] 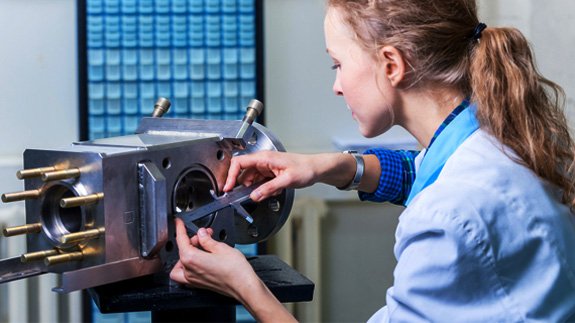 Women working in the engineering sector are in the spotlight across the world today.

The International Women in Engineering Day (WES), now in its fourth year, focuses on the careers in engineering and technical roles for girls as well as celebrates the achievements of women engineers.

According to WES, only 9% of the engineering workforce in the UK is female.

It adds the UK has the lowest percentage of female engineering professionals in Europe, at less than 10%, while Latvia, Bulgaria and Cyrus lead with nearly 30%.

WES President Benita Mehra said: “To make societal change, we need to ensure we have a mix of people from all backgrounds and ages whose combined creativity will enable us to come up with the best possible solutions to tackle the problems we face in this every-demanding world.”

Charlotte Cove, Engineer at Network Rail adds she got into engineering after being encouraged by her dad.

She said: “I know that there is a perception among girls that engineers get dirty and wield spanners and screwdrivers all day – that’s not what I do, I’m more likely to have a pen and calculator in my hand. I would strongly recommend engineering as a profession to all girls, simply because it’s such a fulfilling career; it’s stable, well-paid and you get so much respect from your colleagues. It fulfils your creative side as well.”

Innovation Director Elena Bou says despite the low figure, “the context is promising”.

She adds: “Our energy market is changing, new business models are appearing and the Winter Package from the European Commission about the future of energy is highlighting new areas of development, putting the consumer at the centre.

“This new context requires high doses of creativity, high-potential and diverse teams and a multidisciplinary approach to face energy challenges. In this context, I am hopeful that entrepreneurial women in sustainable energy can begin to play a more active role.”

Tanuja Randery, Zone President UK & Ireland at Schneider Electric believes in the UK, women are “under-represented” in different areas, particularly in the engineering and technology industries”.

Rosie MacRae, Head of Inclusion and Diversity for energy supplier SSE adds: “The energy industry is currently facing two significant employment challenges; a skills shortage and a stark lack of diversity. If it wants to be in a position to compete in the future, it needs to take action now.”