Energy and water suppliers have pledged a support package for victims of the Grenfell Tower fire. Power companies providing gas and electricity to residents of the building have agreed to […] 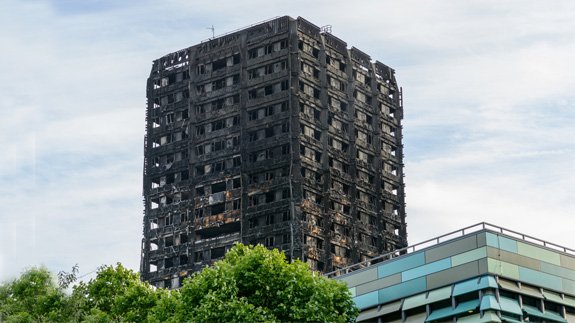 Energy and water suppliers have pledged a support package for victims of the Grenfell Tower fire.

Power companies providing gas and electricity to residents of the building have agreed to write off any outstanding debts for energy bills, while preserving prepayment and credit balances.

They will also not be charged for energy for the period after the fire and those who have been resettled won’t be put on a more expensive tariff.

The energy companies will also put on hold any direct debit payments for the residents.

Business and Energy Secretary Greg Clark said: “Businesses should play an active role in society and I am pleased that all the energy companies supplying Grenfell Tower have come together and agreed to a set of principles in support of families who have already lost so much.”

Thames Water has also confirmed all accounts held by residents of Grenfell Tower have been frozen.

Their outstanding debts have been written off and any charges that were paid in advance will be refunded once details of account holders are known.

For those who have been evacuated from neighbouring properties, Thames Water will waive charges so they don’t have to pay for a service they haven’t received.

The government is providing £5 million to pay for emergency supplies, food, clothes and other costs.

Yesterday Camden Council said it will immediately start preparing to remove the external cladding panels used for five of its tower blocks as they were “not to the standard” it had commissioned.