The government has “not sufficiently” considered the costs and risks of the Hinkley Point C nuclear plant deal for consumers. That’s according to the National Audit Office (NAO), which warns […] 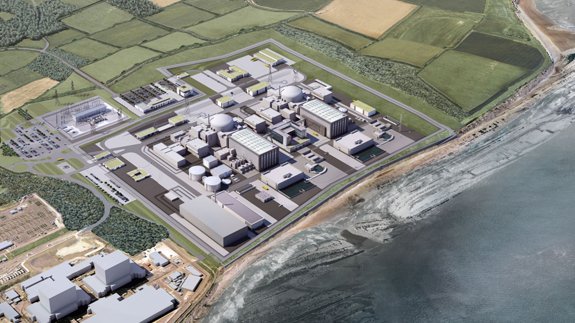 The government has “not sufficiently” considered the costs and risks of the Hinkley Point C nuclear plant deal for consumers.

That’s according to the National Audit Office (NAO), which warns the deal has locked consumers into a “risky and expensive project with uncertain strategic and economic benefits”.

The spending watchdog adds the case for the nuclear plant in Somerset was “marginal” and the deal was “not value for money”.

The £18 billion project, which is expected to provide 7% of the UK’s electricity demand, will be the first nuclear power plant in a generation for which the Treasury has pledged £2 billion of initial support.

The government agreed a strike price of around £92.50 per megawatt hour of electricity generated for the first 35 years under the Contracts for Difference (CfD) scheme.

However, the NAO previously warned the project could cost consumers £30 billion in “top-up payments” due to falling wholesale power prices and that it won’t be known for “decades” whether the plant will be value for money.

The damning report states the Department for Business, Energy and Industrial Strategy’s (BEIS) own “value-for-money” tests showed “the economic case for Hinkley Point C was marginal and subject to significant uncertainty”.

NAO Head Amyas Morse adds: “The department has committed electricity consumers and taxpayers to a high cost and risky deal in a changing energy marketplace. Time will tell whether the deal represents value for money but we cannot say the department has maximised the changes that it will be.”

Some of the recommendations set out by the watchdog include:

In response, BEIS said Hinkley was “an important strategic decision” to ensure nuclear is part of a diverse energy mix.

A spokesperson added: “Consumers won’t pay a penny until Hinkley is built; it will provide clean, reliable electricity powering homes and creating more than 26,000 jobs and apprenticeships in the process.”

A spokesperson added: “Consumers won’t pay a penny until the power station is operating and it is EDF Energy and CGN who will take the risk and responsibility of delivering it.”

EDF Energy boss Vincent de Rivaz, who helped secure the Hinkley deal, recently announced he will be stepping down from his role later this year.