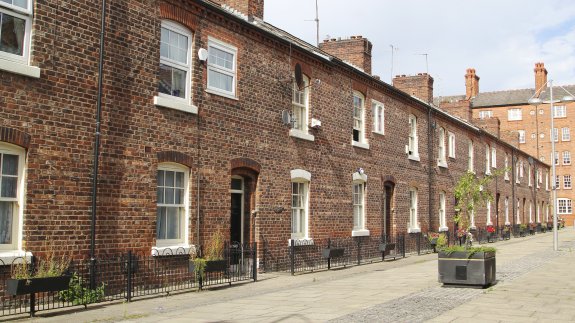 A community energy group in Manchester has found a way to effectively carry out domestic energy efficiency retrofits.

Carbon Co-op says its Community Green Deal can cut energy consumption and emissions by up to 60% by combining expert technical advice and supervision with a modest financial incentive, in this case a zero-interest loan.

By bringing multiple homes and streets into one joint community project, aspects such as crew training can be shared, while individual specifications are made to each home in line with the needs and wishes of its owners.

A new release from the group reports on the retrofit of 12 owner-occupied solid-walled homes typical of Manchester’s housing stock.

By installing features such as insulation and solar panels, energy reductions of between 40% and 60% were achievable at a cost that homeowners were willing and able to invest in.

Greater Manchester’s Mayor, Andy Burnham, said he aims to cut the region’s emissions by 48% before 2020, which is expected to require thousands of home retrofits.

Homeowners who participated in the project now say they are financially better off, warmer, less damp and not susceptible to draughts.

“Effective ‘deep’ retrofit is something the market has struggled to deliver. By contrast we were able to show that a collective approach combined with individualised advice and supervision led to our programme being oversubscribed.”