Gas accounted for 45% of production over winter

Gas-fired generation increased significantly over the winter, accounting for 45% of total production. With gas more economical to run, coal generation fell from 20% last winter to 12% in 2016/17, […] 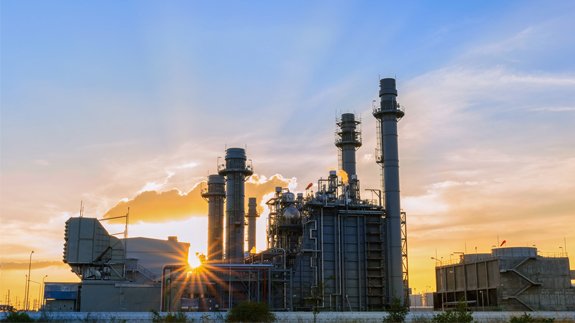 Gas-fired generation increased significantly over the winter, accounting for 45% of total production.

With gas more economical to run, coal generation fell from 20% last winter to 12% in 2016/17, according to National Grid.

Demand across the winter was 50.3bcm, higher than forecast due to increased generation, while it peaked at 372.2mcm on 26th January.

Supplies from the UK Continental Shelf (UKCS) and Norway were higher than the previous two winters – but within the grid operator’s forecast ranges.

Flows of LNG were lower than forecast, mainly due to an increase in prices on the East Asian market.

Interconnector imports were also lower than winter 2015/16, mainly due to the unexpected IFA outage – the power link to France.

The grid operator’s report adds flows from IFA were also volatile than in previous winters due to the high prices in Continental Europe “that were driven by the unprecedented low nuclear output in France”.

Ahead of winter 2016/17, National Grid had procured 3.5GW of contingency balancing reserve to support the system.

On renewable energy, it stated: “There was a higher output from wind generation than forecast during peak hours. Across the winter as a whole, wind provided 10% of the total energy generation which was similar to winter 2015/16. With the exception of pumped storage, plant reliability across all generation types was higher than the levels used in our assumptions.”

National Grid has increased the surplus electricity margin, i.e. the additional power it expects to have available over what is needed to meet demand in winter 2017/18.