The changing condition and size of wetland areas could help researchers predict the rate of climate change. That’s according to a new study from groups including the University of Exeter, […] 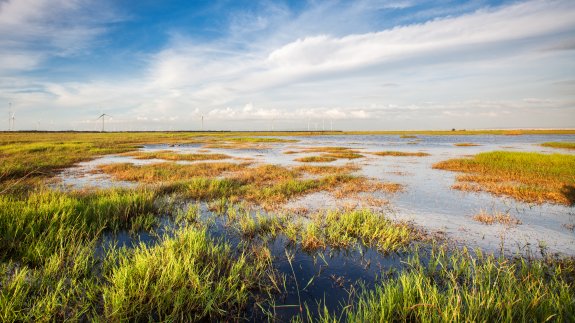 The changing condition and size of wetland areas could help researchers predict the rate of climate change.

They say frozen ground in these areas, also known as permafrost, can release large volumes of greenhouse gases as the climate warms and causes thawing.

This can cause more global warming, which in turn results in more gas being released, creating a snowball effect.

Researchers say for this reason it is critically important to know where thaw is taking place and how much carbon is being exposed.

In wetter areas like peatlands, methane is produced after thawing rather than carbon dioxide. As it is a more potent greenhouse gas, climate scientists need to pay particularly close attention to these areas.

There are around one million kilometres square of permafrost peatlands on the planet and they store approximately a fifth of the total permafrost carbon stock expected to thaw this century.

Professor Julian Murton from the University of Sussex said: “The permafrost-soil-vegetation system is complex and sensitive to climate and environmental change.

“Some areas of permafrost will get wetter on the surface, others drier. Distinguishing between such areas is important to modelling of greenhouse gas emissions.”