The UK is leading international efforts to tackle plastic pollution in the oceans. That’s according to Environment Minister Thérèse Coffey, who hosted the 25th annual meeting of the OSPAR Commission […] 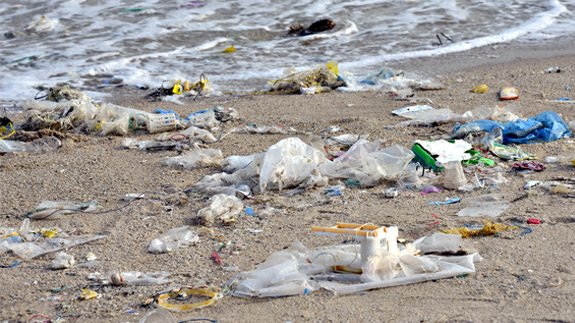 The UK is leading international efforts to tackle plastic pollution in the oceans.

That’s according to Environment Minister Thérèse Coffey, who hosted the 25th annual meeting of the OSPAR Commission – an international convention to protect the marine environment of the north-east Atlantic.

Through OSPAR, the UK and neighbouring countries have developed a Regional Action Plan on marine litter.

This covers 55 actions to address land-based and sea-based sources of litter, including education and awareness activities, marine monitoring and removing litter that has already reached the marine environment.

Earlier this month, the UK made a number of voluntary commitments at the first-ever UN Oceans Conference in New York.

That includes joining the Clean Seas campaign to reduce the use of disposable plastic by 2022, strengthening global ocean observations and working with Overseas Territories to protect the diverse range of marine life in their waters.

Ms Coffey said: “The UK continues to be a global leader in protecting beaches, oceans and marine life around the world. Our seas are critical to the future of our planet – they supply the oxygen we breathe, absorb the carbon dioxide we produce and provide us with a magnificent array of marine species and habitats. That’s why we must act now to protect them for future generations.

“The introduction of the 5p plastic bag charge was a great step forward – cutting the number of bags found on the beaches by nearly half – and alongside our work to ban harmful microbeads, reduce plastic packaging and create a series of marine protected areas, I am determined for us to remain a heavy-hitter on the marine world stage.”