Renewable electricity generation in the UK hit a record 24.8TWh in the first quarter of this year, up 5.1% from the same period a year earlier. That’s according to a new […] 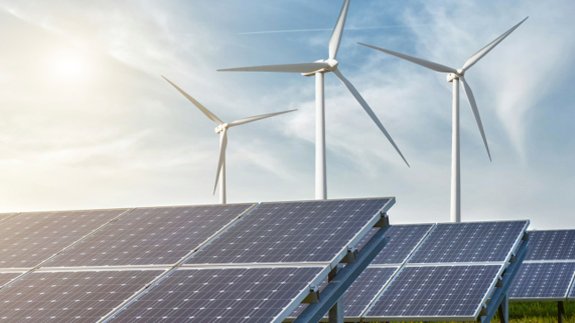 Renewable electricity generation in the UK hit a record 24.8TWh in the first quarter of this year, up 5.1% from the same period a year earlier.

That’s according to a new report published by the Department for Business, Energy and Industrial Strategy (BEIS), which tracks energy trends and prices as they change quarter-on-quarter and year-on-year.

The proportion of power produced by renewables increased from 25.6% in 2016’s first quarter to 26.6% last year – output from wind, solar and natural flow hydro was 7.1% higher, boosted by increased wind and solar capacity.

However, generation from offshore wind fell by 2.7% to 5TWh, due to low wind speeds.

The amount of power from solar increased by 16% to 1.7TWh as a result of more panels being installed, while generation from bioenergy increased by 1.4% to 8.6TWh.

This is compared to 11.3% produced by coal, with gas accounting for 39.9%. Nuclear generation accounted for 18.9% of total electricity generated over the period.

Total demand for coal in the first quarter of 2017 was 5.4 million tonnes, 25% lower than the start of the previous year, with consumption by electricity generators down by 32% to 3.9 million tonnes.

Some suggestions say wave power could provide a tenth of global electricity demand by 2050.