Aston Martin has announced its first fully electric car will enter production in 2019. The RapidE car is based around the Rapide S vehicle but will replace the existing car’s […] 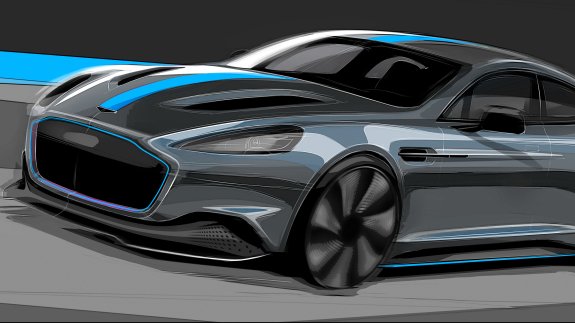 Aston Martin has announced its first fully electric car will enter production in 2019.

The RapidE car is based around the Rapide S vehicle but will replace the existing car’s six-litre V12 engine with an electric drivetrain.

Petrolheads need not worry just yet – it will initially be limited to a run of 155 cars and Aston Martin has reassured its fans it will continue to produce traditional combustion engines for “years to come”.

Williams Advanced Engineering, which was involved in the original concept of the electric vehicle, will assist with the task of integrating the new clean energy equipment into the car.

Chinese technology company LeEco was originally working on the project but has now withdrawn.

The technology and engineering group recently led a consortium of organisations, including Aston Martin, in a successful bid for an Advanced Propulsion Centre competition.

The funding it secured will be used to build a high performance, low volume, flexible battery manufacturing facility in the UK.

It is this factory’s products that will power the new Aston Martin.

Aston Martin President and CEO, Dr Andy Palmer, said: “Having unveiled the RapidE Concept back in October 2015, we reach another milestone with the confirmation that we are now putting the first all-electric Aston Martin into production.

“RapidE represents a sustainable future in which Aston Martin’s values of seductive style and supreme performance don’t merely co-exist alongside a new zero-emission powertrain but are enhanced by it.”

Aston Martin was one of only two major car manufacturers to miss their EU emissions targets in 2015.