Hundreds of US mayors back 100% renewables switch

More than 250 US mayors have pledged to generate 100% renewable energy for their cities by 2035. The city leaders made the commitment in a resolution at the US Conference […] 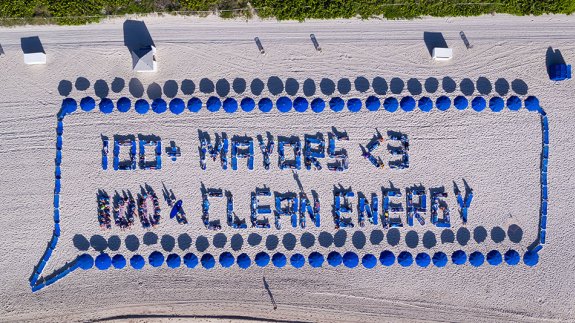 More than 250 US mayors have pledged to generate 100% renewable energy for their cities by 2035.

The city leaders made the commitment in a resolution at the US Conference of Mayors in Florida recently, where they launched the ‘Ready for 100’ campaign to support the use of more clean energy.

According to an analysis by environmental group Sierra Club, if the 100% targets were achieved, the total carbon pollution reductions from the power sector would “fill anywhere from 87% to 110% of the remaining reductions the US would need to achieve in order to meet the goals of the Paris Agreement”.

The news follows President Donald Trump’s decision to pull out of the Paris climate deal.

Columbia (South Carolina) Mayor Steve Benjamin said: “It’s up to us as leaders to creatively implement clean energy solutions for our cities across the nation. It’s not merely an option now; it’s imperative.

“By approving this historic measure, we are showing the world that cities and mayors can and will lead the transition away from fossil fuels to 100% clean, renewable energy.”

Hawaii was recently the first US state to formally adopt pledges backing the Paris climate agreement.