Almost three quarters (73%) of people have adopted smarter technologies in their homes. A new survey of 2,000 UK homeowners found around half of respondents think CD/DVD stands (52%) and […] 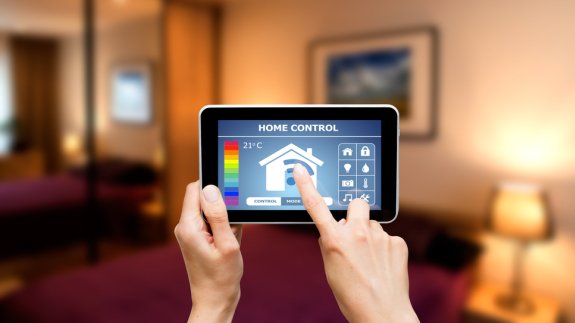 Almost three quarters (73%) of people have adopted smarter technologies in their homes.

A new survey of 2,000 UK homeowners found around half of respondents think CD/DVD stands (52%) and a third believe bookshelves (34%) are becoming obsolete due to smarter solutions available on the market.

The survey also found more than a third would like smart lighting, a fifth want a voice controlled smart hub and 13% would like a charging point for an electric car.

Out of those who already have solar panels, more than three quarters (76%) said they’re saving money, almost two thirds (65%) said their home is more energy efficient and almost a third have seen the value of their property increase.

Around 41% also said having a solar panel and battery system would make a potential home more appealing to them if they were looking to buy.

Almost half (48%) said they’d made their homes smarter to make their lives easier, while 17% simply like having the latest gadgets and 6% desired better looking technology.

Gavin Stokes, Head of Commercial Solutions at E.ON UK said: “It’s really heartening that three quarters of households have already taken steps to make their homes smarter. But with a quarter of people saying they’ve yet to take steps to make their homes more solutions-savvy, there’s still much we can do to help people realise the benefits a smarter lifestyle can bring.”