Firefighters at the Sellafield nuclear site have confirmed they will go on strike this month. Members of the GMB union will walk out for 24 hours on 24th July in […] 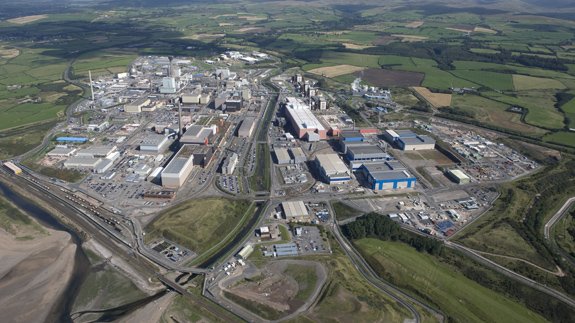 Firefighters at the Sellafield nuclear site have confirmed they will go on strike this month.

Members of the GMB union will walk out for 24 hours on 24th July in a dispute over pay.

Sellafield previously said GMB members rejected its offer of an additional task-based payment equivalent to a 5% increase in basic pay and have made a formal claim for a 12% rise.

The union claims the Sellafield’s offer would “still leave firefighters’ pay nearly 5% below the combined increase in the inflation rate since 2009”.

It adds this will be the first in a series of strikes as part of continuing action against Sellafield.

Chris Jukes, GMB Senior Organiser said: “Like everyone else in the country who hasn’t had pay rises that have kept pace with inflation, GMB’s firefighter members at Sellafield need to pay the bills.

“The offer from Sellafield Ltd falls short of what’s necessary to start making up the ground GMB members have lost to inflation over the last decade. The decision to strike has not been taken lightly and the fact that this is the first time that GMB members working as firefighters at Sellafield will have taken strike action tells you all you need to know in this regard.”

A spokesperson from Sellafield said: “As always, the safety and security of the Sellafield site will be our priority during this industrial action. We have a commercial agreement in place with a third party provider to ensure fire safety standards are maintained.”