Use waste products rather than crops for biofuels, say researchers

Biofuels produced from waste products could make a “real impact” in cutting carbon emissions than crops. That’s according to the Royal Academy of Engineering, which claims biofuels made from food […] 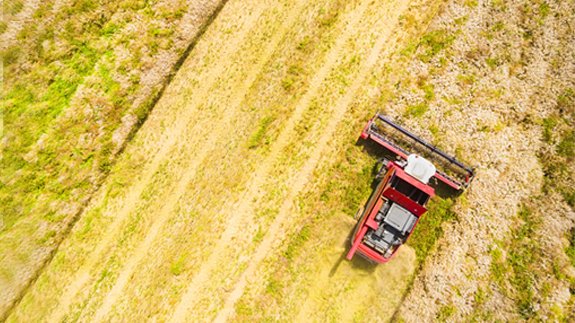 Biofuels produced from waste products could make a “real impact” in cutting carbon emissions than crops.

That’s according to the Royal Academy of Engineering, which claims biofuels made from food crops like wheat can sometimes produce higher emissions than petrol and their use should be restricted.

It found while biofuels manufactured from crops like corn have been enthusiastically adopted in some countries, notably Brazil, there have been concerns that increased demand for crops drives the conversion of land to agriculture.

The government-commissioned report suggests that leads to consequent risks of an increase in deforestation, drainage of peatlands, loss of diversity as well as associated usage of freshwater, fertilisers and pesticides.

It recommends a cap for all crop-based biofuels to reduce the risk of indirect land use change.

The researchers are also calling on the government to incentivise the development of second generation biofuels in the UK, with those derived from wastes and agricultural, forest and sawmill residues.

That could include converting waste cooking oil, municipal solid waste, the dregs from whisky manufacturing or fatbergs from sewers into useful fuel.

It recommends growing energy crops, particularly where it can be done on marginal land that is unsuitable for food production, housing or has been degraded through deforestation.

The researchers believes these sources of biofuel can most effectively avoid the risk of land use change and generally make use of biomass and land areas that would otherwise have little or no value.

However, it says action is needed to manage the risks involved, improve traceability and avoid fraudulent practice as accreditation standards are currently voluntary and that much of the industry works to minimum standards.

The EU currently has a target of 10% of transport fuels coming from sustainable sources by 2020.

While suppliers are already blending biofuels into their petrol and diesel used in road transport – up to a level of 4.75% – doubling the amount is expected to take up to a decade, according to the researchers.

Professor Adisa Azapagic, Chair of the Academy’s working group on biofuels said: “Second generation biofuels offer real prospects for the UK to make progress in reducing emissions from transport, particularly in sectors like aviation where liquid fuels are really the only option for the foreseeable future.

“Our report shows that, with the right safeguards and monitoring, biofuels from waste in particular are well worth pursuing from a sustainability point of view and also provide business opportunities for development.”