Yorkshire Water has been hit with a £600,000 fine for polluting a watercourse at Staithes with sewage. It admitted to one charge for the water discharge activity into Dales Beck […] 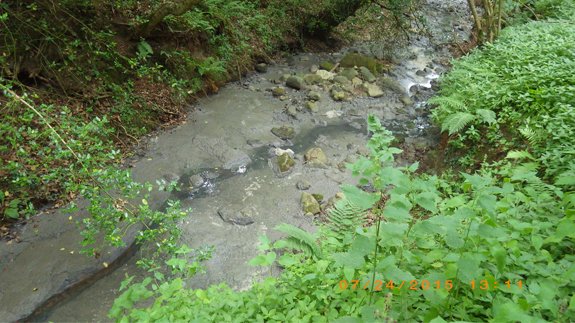 Yorkshire Water has been hit with a £600,000 fine for polluting a watercourse at Staithes with sewage.

It admitted to one charge for the water discharge activity into Dales Beck at Dalehouse, without an environmental permit.

The pollution originated from the water firm’s Hinderwell Wastewater Treatment Works in July 2015, with a leak from a poorly-maintained, rusting sludge storage tank which had holes in it.

Richard Bradley from the Environment Agency told the court sewage had a significant impact on the quality of the water in the beck.

Up to 100 dead fish were said to be found and water quality tests revealed high levels of ammonia and low dissolved oxygen levels.

An “abnormal situation” was declared for 17 days during the peak holiday season in Staithes Harbour, which was a designated bathing water at the time.

According to the Environment Agency, Yorkshire Water “failed to act quickly in cleaning it up” and when asked to provide a plan on cleaning up the mess last August, there was no response.

The water firm was said to have been cleaning the sewage sludge from the water three months after the incident.

Yorkshire Water told the court it had invested in measures to prevent the incident recurring and the tank has been replaced, adding it takes environmental responsibilities “very seriously”.

Paul Carter from the company added: “At the time the problem with the tank at Hinderwell wastewater treatment works was discovered, we believed that the discharge from the tank was confined to our site and would not have any impact on the local environment. Unfortunately, that information turned out to be incorrect and as soon as we became aware of the discharge into Dales Beck we took action to stop the spread of the pollution and clean up the beck.

“We have taken action to ensure that the lessons have been learnt from this incident, including replacing the storage tank and updating the information we hold about the site’s drainage and discharge points.”