If climate change continues unabated, global flood losses are expected to increase to $52 billion (£39.9bn) per year by 2050 from $6 billion (£4.6bn) in 2005. This flooding will have particularly devastating consequences for much […] 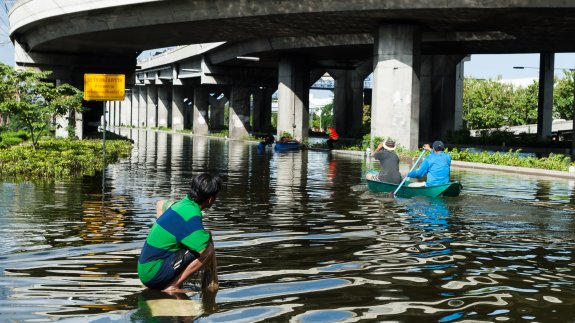 This flooding will have particularly devastating consequences for much of Asia and the Pacific.

That’s according to a new report from the Asian Development Bank (ADB) and the Potsdam Institute for Climate Impact Research (PIK), which project a six degree temperature increase in the region by the end of the century under a business-as-usual scenario.

The two organisations say this would cause drastic changes in the region’s weather, biodiversity, security, trade, urban development, migration and health.

They stress the importance of implementing the commitments laid out in the Paris Agreement through public and private investments focused on the rapid decarbonisation of the Asian economy, as well as the implementation of adaptation measures to protect the region’s most vulnerable populations.

Out of the 25 global cities most exposed to severe flooding, 19 are located in the region.

Indonesia is expected to be the most affected country in the region by coastal flooding, with approximately 5.9 million people likely to suffer every year up until 2100.

Bambang Susantono, ADB Vice-President for Knowledge Management and Sustainable Development, said: “Home to two-thirds of the world’s poor and regarded as one of the most vulnerable region to climate change, countries in Asia and the Pacific are at the highest risk of plummeting into deeper poverty and disaster if mitigation and adaptation efforts are not quickly and strongly implemented.”