Environment Secretary Michael Gove has pledged action to reduce the plastic waste choking the world’s seas. Around eight million tonnes of plastic ends up in oceans every year, posing a […] 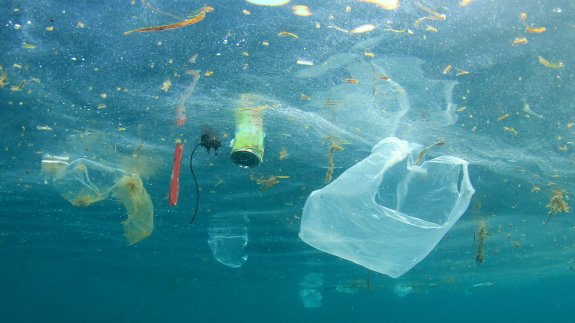 Around eight million tonnes of plastic ends up in oceans every year, posing a serious threat to the wildlife and ecosystems there – experts estimate plastic waste is often eaten by 31 species of marine mammals and more than 100 species of sea birds.

Mr Gove said the sale and manufacture of microbeads would be banned later in the year – the tiny pieces of plastic, often found in toothpastes and shower gels, are easily swallowed by sea creatures.

An expert litter strategy group set up by the government has begun to explore ways to reduce the use of commonly littered items such as drink bottles, as well as consider the benefits and drawbacks of various types of collection and reward schemes.

The government is also bringing forward legislation to help councils tackle littering from vehicles and is planning on increasing the fixed penalty fine for littering.

Mr Gove said: “There is more we can do to protect our oceans, so we will explore new methods of reducing the amount of plastic, in particular plastic bottles, entering our seas, improve incentives for reducing waste and litter and review the penalties available to deal with polluters – all part of a renewed strategy on waste and resources that looks ahead to opportunities outside the EU.”