The financial burden for young people could total $535 trillion (£410tn) if action to significantly reduce greenhouse gas emissions is delayed. That’s according to a new study published in Earth […] 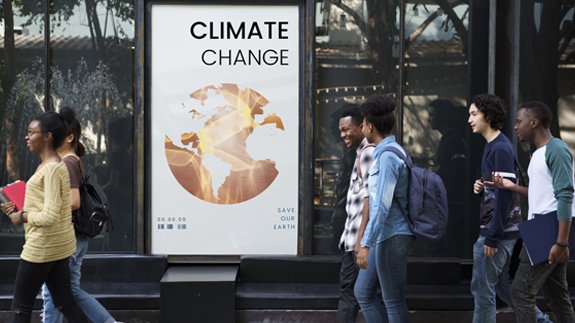 The financial burden for young people could total $535 trillion (£410tn) if action to significantly reduce greenhouse gas emissions is delayed.

That’s according to a new study published in Earth System Dynamics, a journal of the European Geosciences Union, which suggests continued high fossil fuel emissions will lead to a “massive, expensive clean-up problem” for young people.

It however states that just cutting emissions isn’t enough to limit global warming to a level that wouldn’t risk young people’s future but measures such as reforestation would be needed.

The researchers estimate if the world starts cutting CO2 emissions in 2021 at a rate of 6% a year, around 150 gigatonnes of carbon must also be extracted from the atmosphere by 2100. Most of this – about 100 gigatonnes – could come from improved agricultural and forestry practices alone.

However, if CO2 emissions grow at a rate of 2% a year, more than 1,000 gigatonnes of carbon would need to be extracted from the atmosphere by 2100 – this could only be achieved with a costly technological solution.

The study estimates the total cost of using technologies like carbon capture and storage (CCS) could be around $535 trillion (£410tn), pointing out that extraction technologies have “large risks and uncertain feasibility”.

It adds the target of limiting global warming to well below 2°C is “not sufficient” – the danger is that it could spur “slow” climate feedbacks, in particular, leading to partial melting of the ice sheets which would result in a significant increase in sea-level rise.

The researchers argue atmospheric CO2 should be reduced to less than 350 parts per million (ppm) from its present level of around 400ppm.

James Hansen, Lead Author, Professor at the Columbia University Earth Institute in the US said: “Continued high fossil fuel emissions would saddle young people with a massive, expensive clean-up problem and growing deleterious climate impacts, which should provide incentive and obligation for governments to alter energy policies without further delay.”