The Big Six energy companies must shift from centralised fossil fuel generation to smarter energy services and local renewable power. That’s the warning from a group of six former utility […] 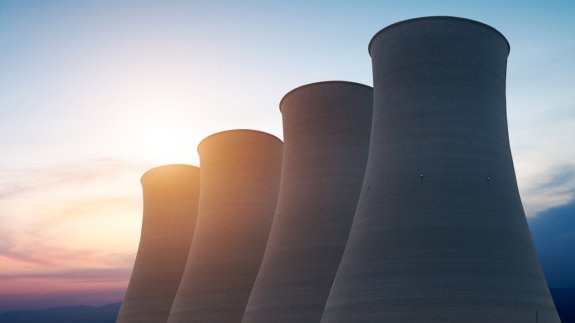 That’s the warning from a group of six former utility CEOs and ex-energy ministers, who believe the biggest energy companies must change the way they do business if they are to thrive in the long term.

Collectively referred to as the ‘Wise Minds’, their insights are set out in a report launched by international sustainability non-profit Forum for the Future and Friends Provident Foundation.

It states forecasts for renewables and battery storage costs and deployment have been “chronically underestimated” and the speed of the energy sector’s transformation has caught the industry off-guard, “leaving the incumbents fighting for a place in the future market”.

According to the report, the market share of the Big Six energy companies has fallen from 99% in 2013 to 85% in 2016 as more suppliers entered the market and while coal was the biggest power source in 2013, providing 37% of the overall mix, it fell to less than 10% last year and was overtaken by wind power for the first time.

Mr Beckers, who recently joined the Energy Live News team as Chairman, believes switching from product to service companies will be key to the future success of energy firms: “The future energy company will be a service company utilising the benefits of digitisation.”

The Wise Minds warn investors that the “old world business model” of large power stations and passive consumers is being rapidly undermined by a decentralised, renewable, digitised and people-led approach.

Decentralisation: It states there is a “clear trend” towards distributed power production, suggesting the UK – previously supplied by around 80 power stations – now has more than 900,000 generating facilities.

Democratisation: It suggests new business models are emerging that seek to scale up community involvement in energy, in addition to individuals and communities increasingly setting up and co-owning energy assets.

Digitisation: The report states the line between energy producer and energy consumer has been further blurred by the emergence of digital tools that enable much greater control of energy use by consumers.

Decarbonisation: As the emphasis on decarbonisation alongside affordability and energy security has “always fluctuated”, it suggests the question is how soon, rather than whether, the UK energy system will be fully decarbonised – as investor interest in climate risk is increasing.

The Wise Minds state: “There is now a ‘prosumer’ revolution, where ordinary people and businesses are both producing more energy, with more and more households and communities becoming generators, actively creating their future energy system.”

However they add there are still major challenges to overcome, such as decarbonising urban heating and electrifying transportation.

Mr Davey suggests low carbon heating technologies are advancing at a far slower pace: “Decarbonising urban heat, currently made up of millions of boilers supplied by the gas grid, is a challenge the UK is yet to agree on.”