Scottish Environment Secretary Roseanna Cunningham has raised concerns over the decommissioning of the Dounreay nuclear site. In a letter to Energy and Industry Minister Richard Harrington, she calls for “urgent […] 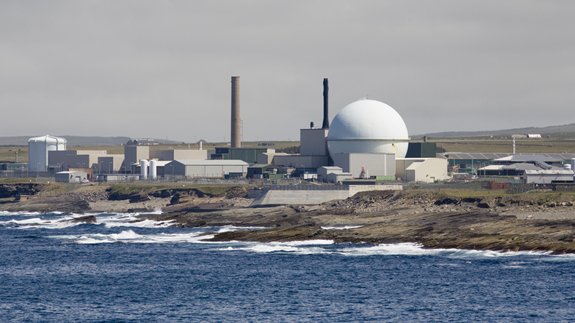 Scottish Environment Secretary Roseanna Cunningham has raised concerns over the decommissioning of the Dounreay nuclear site.

In a letter to Energy and Industry Minister Richard Harrington, she calls for “urgent action” to address a number of “environmental failings as well as safety concerns related to site management”.

The issues were highlighted in the annual report of the Nuclear Decommissioning Authority.

Ms Cunningham said: “I would like to raise concerns that I have about performance at the Dounreay site and seek your assurance that in its role as the lead sponsor of the Nuclear Decommissioning Authority, the UK Government is giving sufficient attention to Dounreay…Local stakeholders have told me that they cannot understand why the current substantial voluntary redundancy programme is in place where there is still so much work to complete on the site.

“I would therefore ask that you give priority to securing improved performance at the Dounreay site, with continued consideration of local stakeholder views. It is vital that there is continued momentum in the safe and effective clean up at Dounreay.”

BEIS said it will respond to the letter in due course.

A spokesperson added: “The NDA continues to monitor progress at the Dounreay site closely to ensure that it is delivering high quality work and that it remains value for money.”