Bird is the word for offshore wind

A coalition of Scottish businesses have joined forces to convince a wildlife charity to abandon court action delaying a consented offshore wind farm. The 28 supply chain companies have written […] 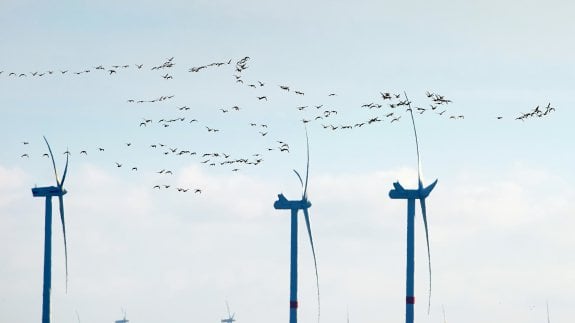 A coalition of Scottish businesses have joined forces to convince a wildlife charity to abandon court action delaying a consented offshore wind farm.

The 28 supply chain companies have written an open letter to the Royal Society for the Protection of Birds (RSPB) Scotland to appeal for the group to allow the £2 billion Neart na Gaoithe (NnG) offshore wind project to go ahead smoothly.

The firms, which include Atkins, FAB and GeoSea, will be behind the creation of many of the 600 jobs the 450MW offshore wind farm will create during construction and operation – it is the only major infrastructure project ready to be built in Scotland next year.

It is expected to produce enough green energy to power all the homes in a city the size of Edinburgh and displace 400,000 tonnes of carbon dioxide every year.

The letter states the project can’t afford to be delayed further and calls for the RSPB to accept the recent decision of the Scottish courts, which was to reject an appeal to take away approval for the facility’s construction.

It follows RSPB Scotland giving notice to the interested parties that they now plan to ask the Supreme Court in London directly for permission to lodge a further appeal.

Alan Duncan, Director of Scotia Supply Chain, said: “While we are sympathetic to the concerns of the RSPB about the planning process, this is about real people, real jobs and real environmental benefit.

An RSPB spokesperson said: “Predicted impacts could result in major declines to our internationally renowned seabird colonies including gannets, puffins and kittiwakes that breed and forage in the region.

“We are hopeful that our application is successful and that we are granted leave to appeal so these important issues of public interest can be considered in detail by the Supreme Court.”