Hyundai has announced the first car in its upcoming line of next generation hydrogen vehicles will be an SUV. The company says the car, which currently remains unnamed, features its […] 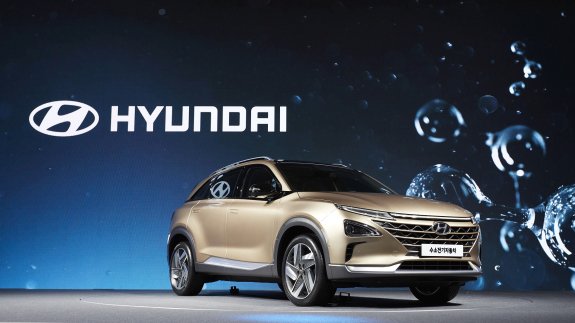 Hyundai has announced the first car in its upcoming line of next generation hydrogen vehicles will be an SUV.

The car, which is Hyundai’s second commercially produced hydrogen model, will have greatly enhanced fuel efficiency compared to its predecessor, the ix35 Fuel Cell.

Hyundai says it will boast an efficiency level of 60% compared to 55.3% previously, giving it a range of 800 kilometres.

It will also have 20% more power than its predecessor, boasting 163 horsepower and the new fuel cell will work at -30°C, overcoming the challenges of starting hydrogen vehicles in freezing temperatures.

The vehicle will use three equally sized tanks rather than two different sized ones, which in combination with being made of thinner, tougher materials, allows the ratio of hydrogen to tank weight to be drastically improved.

Lee Ki-Sang, Senior Vice President of Hyundai Motor Group’s Eco Technology Center, said: “Our next generation fuel cell SUV is the true epitome of an eco-friendly vehicle of the future.

“Hyundai Motor will take lead in developing and producing green energy vehicles that would ultimately complement a near-zero emission society.”

Hyundai aims to introduce 31 eco-friendly models to global markets by 2020, including launching EV versions of its existing cars in 2018, with a long range EV planned for after 2021.

Shell recently announced the launch of its first hydrogen refuelling station in the UK.