EV emissions fall by two-thirds as renewables kick in

Emissions from electric vehicles (EVs) have fallen by two-thirds as a result of electricity generation becoming greener. That’s according to a new report from researchers at Imperial College London in […] 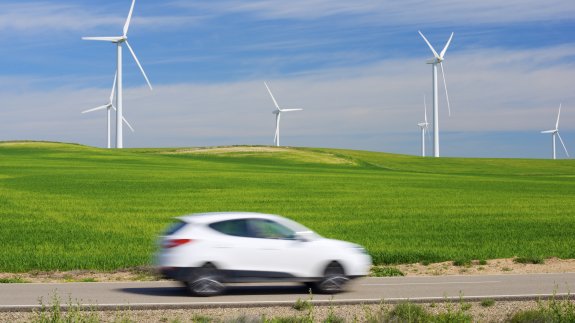 Emissions from electric vehicles (EVs) have fallen by two-thirds as a result of electricity generation becoming greener.

That’s according to a new report from researchers at Imperial College London in collaboration with Drax, who say power generation shifting from coal to renewables means electric transport is now cutting more carbon emissions than ever before.

It showed the power produced from April to June this year contained 199g of carbon dioxide (CO2) per kWh, 10% lower than last year.

Producing the electricity to charge a Tesla Model S back in 2012 would have created 124g CO2 per km driven – the same as a 180 horsepower Range Rover.

Smaller cars like the Nissan Leaf and BMW i3 can be charged for less than half the CO2 of the cleanest non-electric car on the market, the Toyota Prius hybrid.

Dr Iain Staffell from Imperial College London said: “It is widely accepted that electric cars dramatically reduce air pollution in cities but there is still some debate about how clean they actually are – it varies depending on where the electricity to charge them with comes from.

“According to our analysis, looking at a few of the most popular models – they weren’t as green as you might think up until quite recently but now, thanks to the rapid decarbonisation of electricity generation in the UK, they are much better.”