The UK’s oil imports could be slashed in half if a “stronger” target for electric vehicles (EVs) was in place. New analysis suggests while the government’s plan to ban new […] 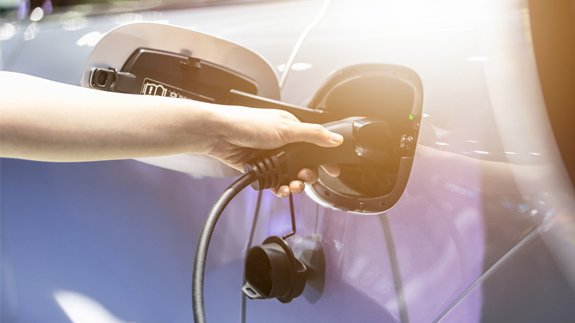 The UK’s oil imports could be slashed in half if a “stronger” target for electric vehicles (EVs) was in place.

New analysis suggests while the government’s plan to ban new petrol and diesel vehicles by 2040 is a step in the right direction, a more ambitious goal is needed to bring forward public health and economic benefits.

It adds if all new cars and vans were zero emission by 2030, oil imports could be reduced by 51% in 2035. According to official figures, a third of the UK’s fuel imports in 2015 were crude oil and half of these came from Norway.

Last year, ultra-low emission vehicles only made up 1.4% of new cars and vans sold.

The report from Green Alliance and supported by Catholic International CAFOD, Christian Aid, Greenpeace, RSPB and WWF, reveals investment in EV charging points is estimated to be £18 billion by 2030.

Gareth Redmond-King, Head of climate and energy at WWF said: “The UK Government’s commitment to end petrol and diesel vehicles sales in 2040 is too little, too late. We can and must go faster. Other countries, such as India and Norway, are way ahead in the sale of their ambitions.

“To ensure the UK doesn’t miss out on the jobs and investment opportunity in clean, modern vehicles, the UK should up its ambition.”

The groups add no significant policy plans have been published to meet the fifth carbon budget which was set in June last year and that current policies “fall short” of meeting the fourth carbon budget.

They believe the “lack of direction” is creating uncertainty for businesses and investors and are calling for an “effective plan” for new investment in renewables, transport and energy efficiency sectors, urging for an additional £1.7 billion between 2020 and 2025 to low carbon auctions.