Crude oil prices remain strong, thanks to a weak dollar and strong demand. That’s according to a new report from global bank HSBC, which shows Brent Crude has recovered by […] 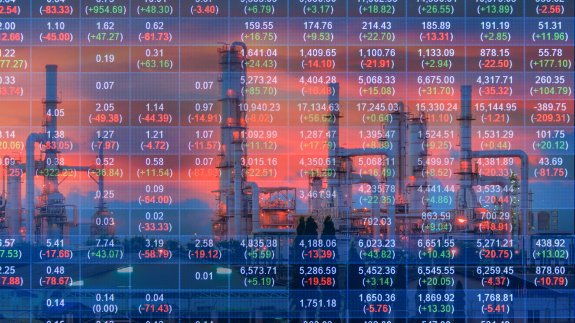 Crude oil prices remain strong, thanks to a weak dollar and strong demand.

That’s according to a new report from global bank HSBC, which shows Brent Crude has recovered by around $10 (£7.4) a barrel from lows earlier this year.

The strength of demand has been a key feature with year-on-year demand growth at its strongest since mid-2015.

The bank says the third quarter will be adversely affected by the recent US hurricanes but 2017 still looks set to be an extremely strong year.

Strong US production will be driven by the falling number of drilled but uncompleted wells, despite a slight drop in rig count after it peaked in August.

HSBC predicts current rates of US supply growth are unlikely to be sustainable longer term without a continued rise in crude prices from recent levels.

However, this is expected due to lack of new major projects planned and non-OPEC supply estimated to start declining after 2018.

The report also suggests a significant amount of the global surplus has been eliminated – as of the end of July, the inventory surplus stood at around 7% compared to 12% early this year.