Coca-Cola’s plastic bottle production ‘up by a billion’

Coca-Cola has allegedly increased its production of single use plastic bottles by more than a billion a year. That’s according to Greenpeace, which also claims the company didn’t disclose information […] 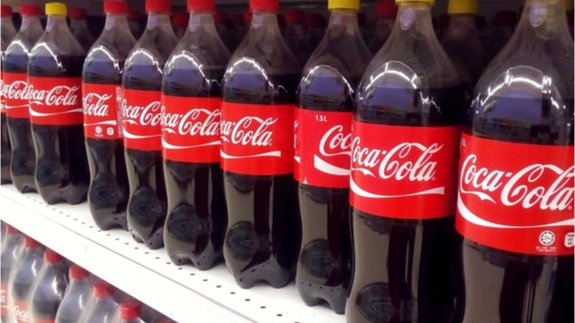 Coca-Cola has allegedly increased its production of single use plastic bottles by more than a billion a year.

That’s according to Greenpeace, which also claims the company didn’t disclose information about how much plastic packaging it uses but its analysis found a huge increase from 2015/16.

It adds Coca-Cola’s total production of single-use plastic bottles amounts to more than 110 billion every year, with “billions of these bottles failing to be recovered every year and end up in the environment”.

Louise Edge, Senior Oceans Campaigner at Greenpeace UK said: “Without any help from Coke, who are far less transparent on their environmental impact than the other soft drinks manufacturers, we’ve calculated that it produces over 110 billion throwaway plastic bottles every year – an astounding 3,400 a second.

“We’d love Coke to provide detailed breakdowns of what it produces so we’d welcome any clarifications they have to offer to our estimates. Since we presented our initial findings to Coca Cola, they’ve increased their output by well over a billion bottles a year. This is not a problem they are in the process of solving.”

A spokesperson added: “We continue to review and adjust our packaging strategy as part of our overall business plan.

“In the UK, all of our bottles and cans are 100% recyclable and have been since 2012. Our plastic bottles contain 25% recycled material and we have recently pledged to double this amount to 50% by 2020.”