Every Londoner exposed to dangerous levels of toxic air

Every person living in London is breathing dangerous levels of toxic air that exceed World Health Organisation (WHO) guidelines. The research, based on the latest updated London Atmospheric Emissions Inventory, […] 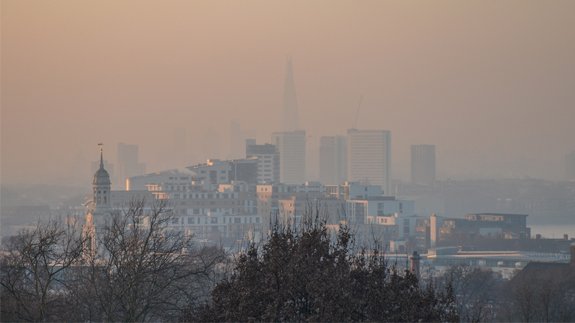 Every person living in London is breathing dangerous levels of toxic air that exceed World Health Organisation (WHO) guidelines.

The research, based on the latest updated London Atmospheric Emissions Inventory, shows every Londoner in the capital lives in an area exceeding the limits for one of the most dangerous toxic particles known as PM2.5.

It adds 7.9 million Londoners – i.e. nearly 95% of the capital’s population – live in areas that exceed the guidelines by 50% or more.

In central London, the average annual levels of PM2.5 are almost double the WHO limit of 10µg/m3.

Around half of PM2.5 in London is from external sources outside the city, however, the main sources of the emissions in the capital are from tyre and brake wear, construction and wood burning.

Children exposed to these toxic pollutants are said to more likely grow up with reduced lung function and develop asthma, while PM2.5 is also known to result in 29,000 premature deaths in the UK every year.

London Mayor Sadiq Khan said: “It’s sickening to know that not a single area of London meets Worth Health Organisation health standards but even worse than that, nearly 95% of the capital is exceeding these guidelines by at least 50%.

“We should be ashamed that our young people – the next generation of Londoners – are being exposed to these tiny particles of toxic dust that are seriously damaging their lungs and shortening their life expectancy. I understand this is really difficult for Londoners but that’s why I felt it was so important that I made this information public so people really understand the scale of the challenge we face in London.”

The mayor’s new T-charge, which aims to remove older and more polluting vehicles from central London, comes into force later this month.