Ofgem is likely to need legal backing in the form of a bill before it introduces an energy price cap. That’s the view of the regulator’s CEO, Dermot Nolan, who was […] 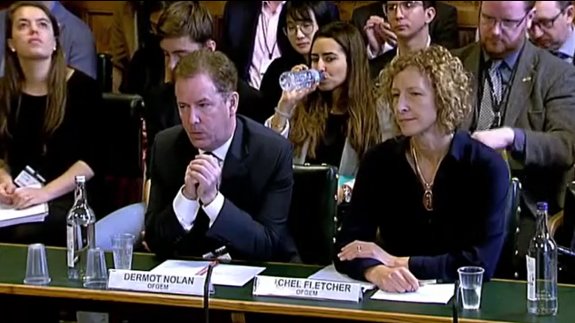 Ofgem is likely to need legal backing in the form of a bill before it introduces an energy price cap.

That’s the view of the regulator’s CEO, Dermot Nolan, who was questioned by a BEIS Committee today, exploring how the market intervention might work.

The Committee, which suggested the UK’s energy markets are “broken”, asked him if Big Six supplier Centrica was planning to work with Ofgem on the price cap.

He said: “Their position has been fairly clear, in that they have opposed price caps, do not feel price caps are a good idea.

“Under that situation, I find it difficult to imagine how a consultation could go forward without legislative backing and the legal certainty that would provide.”

He claimed a relative price cap, limiting the gap between companies’ default tariffs and their cheapest deals, would be a preferable option to absolute price limits, as they offer more flexibility to consumers and suppliers.

Referring to the Competition and Markets Authority’s (CMA) findings of “significant problems” within the energy market last year, he said: “For the majority of people on standard variable tariffs (SVTs), the market is not working well.

“The detriment identified by the CMA has dramatically reduced and will continue to reduce. The engagement measures we will put in place will make the market more effective.”

He claimed Ofgem was coming up with a range of measures to improve engagement and make it easier to switch but was uncertain how long this would take to implement.

The BEIS Committee suggested the number of people moving away from SVTs was “only a trickle” – Mr Nolan denied this, claiming it would take only 12-18 months for the proportion of people on expensive deals to fall from 60% to 10% of Centrica’s customers.