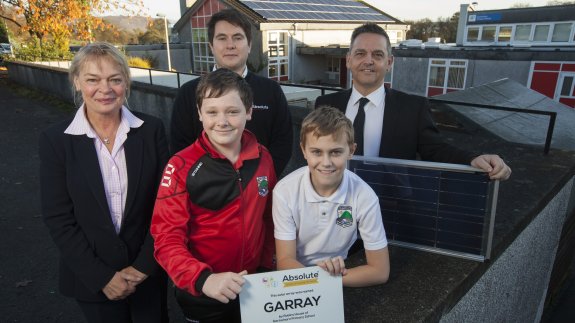 Those behind the scheme with students from the school. Image: Absolute

The panels have the capacity to generate 18,333kWh per year and join a range of other green measures installed at the site, including a biomass boiler installed last year.

Absolute Directors decided which names provided by each of the school houses would be chosen for the solar system.

Charlie Haggarty (Primary 7), captain of the winners, Robin House, said: “We think G.A.R.R.A.Y. is a good name because it includes three things: GAR (stands for Gartocharn), ARRAY (because it’s an array of solar panels) and RAY (because it’s powered by the sun’s rays). We also like it because it sounds like a real name!”

A total of 13 schools across Bristol have been awarded for their green behaviour.