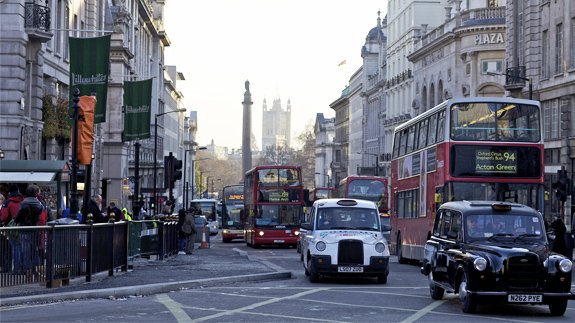 London is to introduce the world’s first Ultra-Low Emission Zone (ULEZ) on 8th April 2019 – more than a year earlier than initially planned.

Mayor Sadiq Khan said the ULEZ will operate 24 hours a day and impose charges on all polluting vehicles that enter the city centre.

There will be two charging levels – £12.50 for cars, vans and motorbikes and £100 a day for buses, coaches and lorries.

They will be in addition to the Congestion Charge (C-Charge) so more polluting cars and vans would pay £24 per day while lorries would pay £111.50 during the C-Charge hours.

The ULEZ, which is expecated to affect up to 60,000 vehicles a day and help reduce emissions by 20% in 2019, will however replace the T-Charge that was introduced last month.

Under plans to fight air pollution in the capital, Mr Khan also announced Transport for London (TfL) buses, especially the New Routemaster buses, should meet the same Euro 6 requirements as other heavy vehicles and private buses from April 2019.

He said: “London’s lethal air is one of the biggest health challenges of this generation…. I am pleased to confirm that from 8th April 2019 – 17 months earlier than planned – stricter standards for diesel vehicles will apply 24/7 across central London.”