Rising oil demand will be slowed down but will not be reversed even as the sale of electric vehicles (EVs) rise “steeply” in the next two decades. That’s according to […] 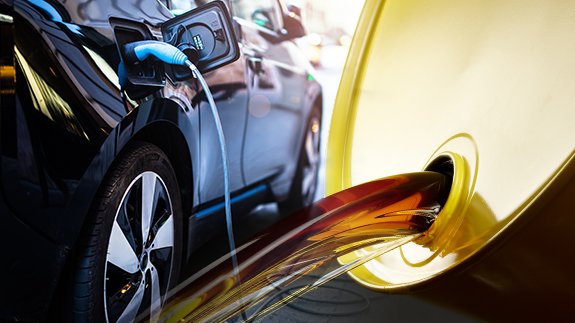 Rising oil demand will be slowed down but will not be reversed even as the sale of electric vehicles (EVs) rise “steeply” in the next two decades.

That’s according to the International Energy Agency (IEA), whish forecasts global oil demand will continue to grow to 2040, although at a steadily decreasing pace.

Fuel efficiency and rising electrification are expected to bring a peak in oil used for passenger vehicles, even with the car fleet doubling to two billion vehicles. Oil production is only expected to reduce by 2.5 million barrels per day (bpd) or around 2% off global oil demand.

Other sectors, namely petrochemicals, trucks, aviation and shipping are forecast to drive up oil demand to 105 billion bpd by 2040.

The US is projected to become the world’s largest exporter of liquefied natural gas by the mid-2020s and a net oil exporter by the end of that decade.

Demand for global energy is to grow 30% over the next two decades, with increasing electrification transforming traditional ways of meeting demand.

Clean energy technologies are expected to meet 40% of this growth and the boom years for coal are to be over, in the absence of large scale carbon capture and storage.

The IEA’s World Energy Outlook adds the world’s growing energy needs will be met by renewables and natural gas over the next 25 years as fast declining costs turn solar power into the cheapest source of new electricity generation.

Solar power is expected to lead capacity additions, driven by deployment in China and India while in the EU, wind is set to become the leading power source soon after 2030.

Dr Fatih Birol, IEA’s Executive Director said: “Solar is forging ahead in global power markets as it becomes the cheapest source of electricity generation in many places, including China and India.

“Electric vehicles are in the fast lane as a result of government support and declining battery costs but it is far too early to write the obituary of oil, as growth for trucks, aviation, petrochemicals, shipping and aviation keep pushing demand higher. The US becomes the undisputed leader for oil and gas production for decades, which represents a major upheaval for international market dynamics.”

Global energy-related carbon emissions are forecast to “increase slightly” by 2040 but at a slower pace than in last year’s projections, however, the IEA warns this is still “far from enough” to avoid severe impacts of climate change.