BP has announced it is buying a 43% stake in solar power developer Lightsource for $200 million (£149m). The energy giant said it is “excited to be coming back to […] 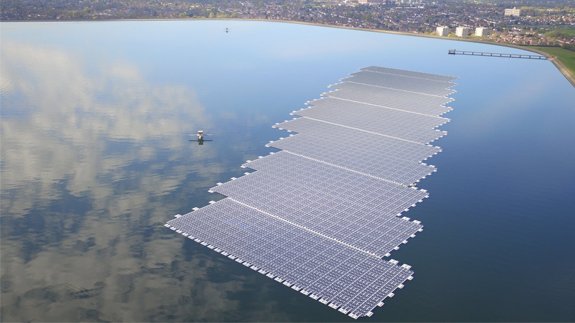 BP has announced it is buying a 43% stake in solar power developer Lightsource for $200 million (£149m).

The energy giant said it is “excited to be coming back to solar” as the two companies aim to drive the growth of the renewable source worldwide.

The majority of the investment, paid over three years, will fund Lightsource’s worldwide growth pipeline.

The company, which will be renamed ‘Lightsource BP’, will target the growing demand for large scale solar projects, with a focus on grid-connected plants and corporate power purchase agreements (PPAs) signed with private firms.

Lightsource has so far commissioned 1.3GW of solar capacity to date and manages around 2GW of capacity under long term operations and maintenance contracts – equivalent to powering more than half a million homes.

The company will continue to develop and deliver Lightsource’s 6GW growth pipeline, which is largely focused in the US, India, Europe and the Middle East.

According to BP’s analysis, solar is likely to generate around a third of the world’s total renewable power and up to 10% of the total global electricity by 2035.

Its interest in Lightsource BP will complement its existing Alternative Energy business, which includes wind energy, biofuels and biopower.

Bob Dudley, BP Group Chief Executive added: “We’re excited to be coming back to solar but in a new and very different way.

“While our history in the solar industry was centred on manufacturing panels, Lightsource BP will instead grow value through developing and managing major solar projects around the world.”