A modern recipe for “green” energy on a MW scale.

When Refgas www.refgas-uk.com was founded a decade ago, the concept was to create a robust and versatile system, capable of generating electricity and heat from non-recyclable waste residues, efficiently and […] 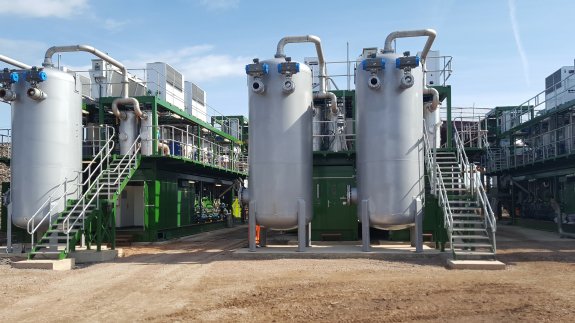 When Refgas www.refgas-uk.com was founded a decade ago, the concept was to create a robust and versatile system, capable of generating electricity and heat from non-recyclable waste residues, efficiently and cost effectively, whilst maintaining impeccable environmental standards.

10 years later, deals are being done, generating stations are being built, and, whilst governmental incentives for renewable heat and power have all but disappeared in the UK, Refgas continues to forge ahead. With projects that can stand on their own two feet and generate great returns for all their stakeholders, Refgas is one of only a few companies in this sector, worldwide, which is excited about a future without hand-outs and financial incentives.

Refgas has the experience, technology and knowhow required to structure a project, not just with a clever technology, but by assisting the client to make the best decisions possible, in order to reduce costs and maximise income streams.

“It’s rather like creating a successful recipe”, stated Phil Scowcroft, the company’s Commercial Director. “The main ingredients including finance, land, feedstock, off-takers, grid connections …..as well as the process plant costs need all to be investigated, and terms optimised in order to create a successful end result for all parties”. “That’s why we work hard to squeeze the very best out of each opportunity”, he continued, “whether that’s working with a developer to maximise the potential of a brand new site….or helping an established industrial energy-user to tailor a project to meet his specific energy requirements”

Like most good recipes, the Refgas “package” is easy to replicate …. with predictable results, and constructed with its trademark modular units, satisfying the demands of its clients, whether for a single unit generating 1MWe, or a substantial 20MWe development.