Reducing emissions from Europe’s aviation and shipping industries requires systemic change, rather than simply improving efficiency. That’s according to a new report from the European Environment Agency (EEA), which suggests […] 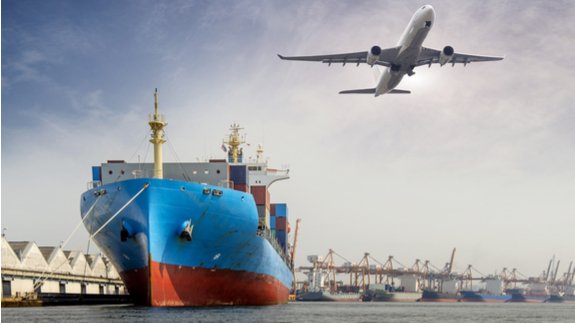 That’s according to a new report from the European Environment Agency (EEA), which suggests a massive shift in innovation, consumer behaviour and the take up of more ambitious green technologies to power aircraft and cargo ships is crucial.

The two sectors have seen tremendous growth over past years as the global economy boomed, causing a surge in trade and travel.

By 2050, global aviation and shipping are anticipated to contribute almost 40% of global carbon dioxide emissions unless further mitigation is taken.

The report says incremental measures such as improving fuel efficiency will not be enough for these sectors to meet European green targets and says a more systemic change is needed.

For example, it suggests changes in lifestyle and culture are needed, such as shifting to rail transport or electric vehicles instead of aviation or by reducing demand for material goods and thus shipping.

The report says the long lifespan of airplanes and vessels can hamper a faster shift to cleaner technologies.

It adds governments have a key role to play by supporting investment in research, product standards and subsidies for new emerging technologies and to spur the sharing of data and information on the viability of new technologies.