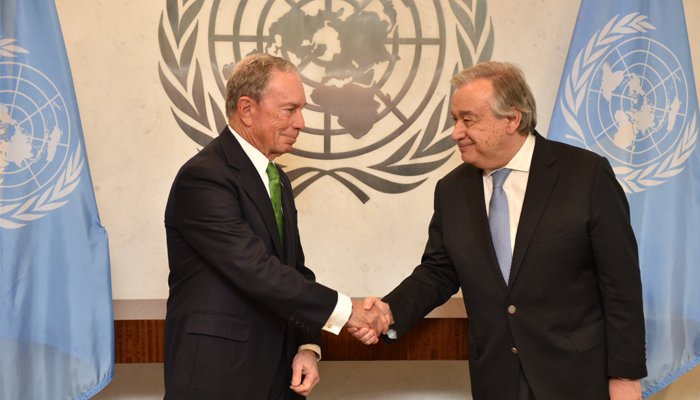 Michael Bloomberg has been appointed as the UN’s new Special Envoy for Climate Action.

The former mayor of New York City will support the UN Secretary-General Antonio Guterres’ climate strategy and efforts towards the planned 2019 Climate Summit as well as leverage efforts in key areas to encourage rapid implementation of the Paris Agreement.

During the announcement, Mr Bloomberg said he hopes US President Donald Trump will change his views about climate change.

He added: “My hope is that President Trump listens to his advisers and looks at the data and changes his mind and if that’s the case, that shows a great leader. When facts change and they recognise something different, they’re not bound to what they did before, they’re willing to change and I think it’s fair to say that this President does change his views.”

Mr Bloomberg said his foundation is interested in investing “in trying to help understand that climate change is real, is measurable and we can do something about it”.