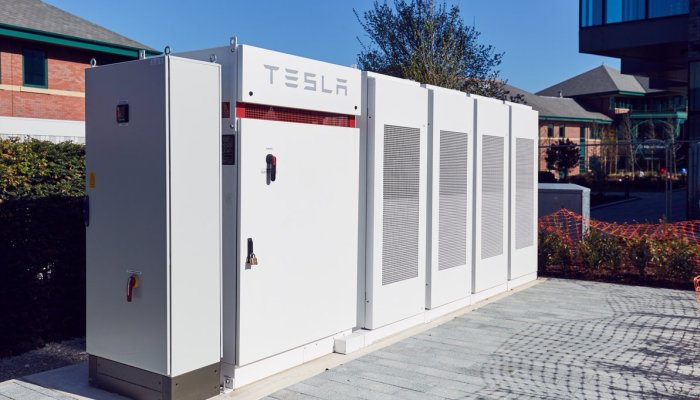 A science and technology park operator has invested more than £400,000 in its advanced energy strategy as part of its plans to go off grid.

As part of the move, Manchester Science Partnerships (MSP) installed a Tesla Powerpack system outside its headquarters, along with two new charging points for electric vehicles (EVs).

It said it aims to help protect against shifting commercial tariffs and escalating non-commodity prices, while reducing its carbon footprint and boosting resilience and business continuity for the research and development companies renting its space.

The Tesla Powerpack battery can start providing electricity in less than a second should primary power fail, whereas the previous system took up to 30 minutes to come back online.

It also gives MSP the ability to store power from renewable sources such as rooftop solar panels.

Tom Renn, MSP Managing Director, said: “As the only UK science and technology park operator to be offering this kind of advanced energy innovation, it’s something we’re understandably very excited about.

“We have bold plans to harness the opportunities provided by advanced energy. We envisage that within 12 months, the Bright Building will be an energy island – self-sufficient and operating without reliance on the National Grid.”