It would see the UK slash emissions equivalent to the output of 1.2 million diesel cars 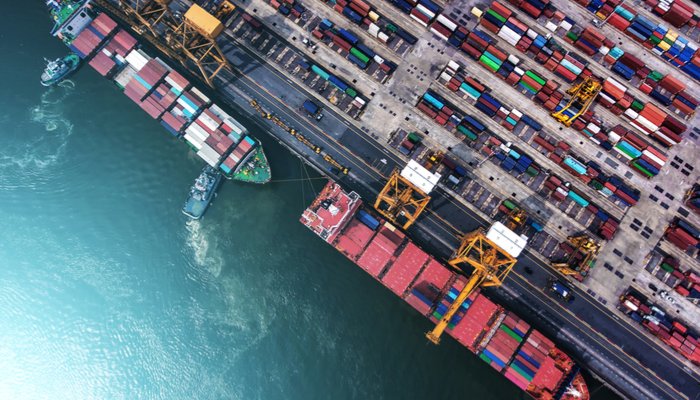 Providing renewable electricity to ships whilst in port could bring £402 million per year of health and environmental benefits each year.

That’s according to a new study conducted by Schneider Electric, which calls for ships at berth to cut their fuel consumption and for port authorities and operators to better integrate shore power connections and negate the need for idling.

It says in 2016, offshore supply vessels, fishing boats, bulk carriers and passenger ferries produced idling emissions estimated to be equivalent to nearly 2.6% of the total transport sector emissions of nitrogen oxides in the UK.

The vessels idle to power onboard electronics, lights and other systems with their diesel engines, that could instead be relatively easily supplied from shore-based renewables.

The firm found ships’ auxiliary engines at berth produce pollution equivalent to the nitrogen oxides and particulate matter emissions put out by up to 166,000 buses and coaches.

Peter Selway, Marine Segment Marketing Manager at Schneider Electric, said: “”It is time now to adopt a new way of thinking and embrace, as an industry, the benefits that shore connections and port-side electricity can bring quickly and cost-effectively.

“We are fortunate enough to have the technology at hand and we must put it to good use.”