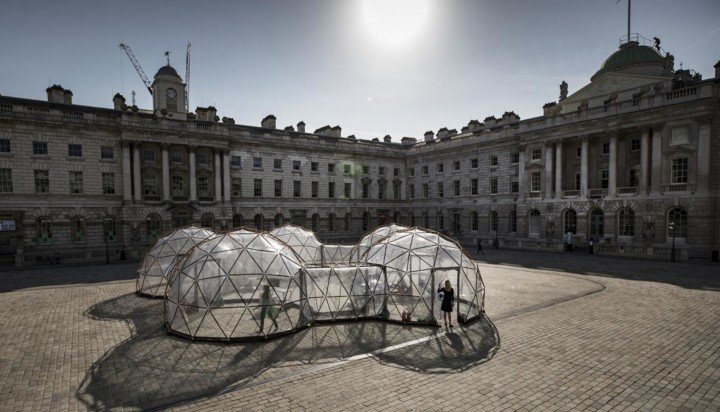 An art installation at Somerset House in London last month aimed to replicate the polluted air of major cities around the world.

They also replicated the air in the cities of London, New Delhi, Beijing and São Paulo, which between them suffer from some of the highest air pollution in the world.

The domes are part of an ongoing installation travelling around the world.

It is estimated the average Londoner exposed to the city’s current levels of pollution could lose up to 16 months of their life, while for a resident of New Delhi, pollution could cut the life of a resident short by around four years.

Air pollution could cost England £5.3 billion by 2035 unless action is taken.