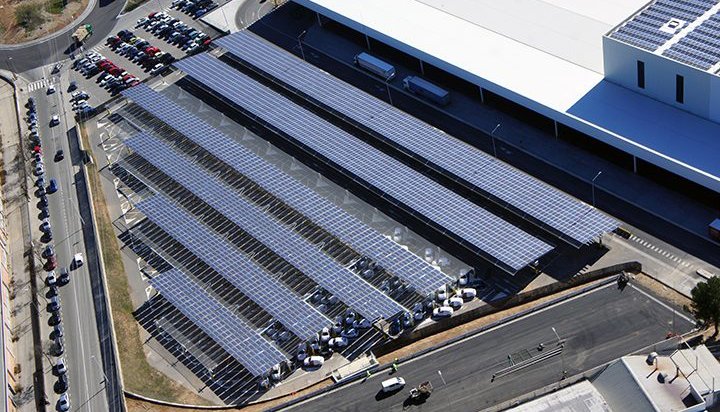 Car manufacturer SEAT said it has reduced its environmental footprint by 35.5% in the last seven years.

Its Martorell facility in Spain has one of the largest solar plant in Europe’s automotive industry, with a total of 53,000 panels covering an area equivalent to 40 football fields and generating 17 million kWh of electricity a year.

It invested around €6 million (£5.2m) in sustainability projects last year and claims to use around half as much energy to produce a vehicle compared with the sector average in the region.

Among the most recent projects is a pavement claimed to reduce pollution by 40%.