It hopes to prevent as many as 450,000 cups from being thrown away every year 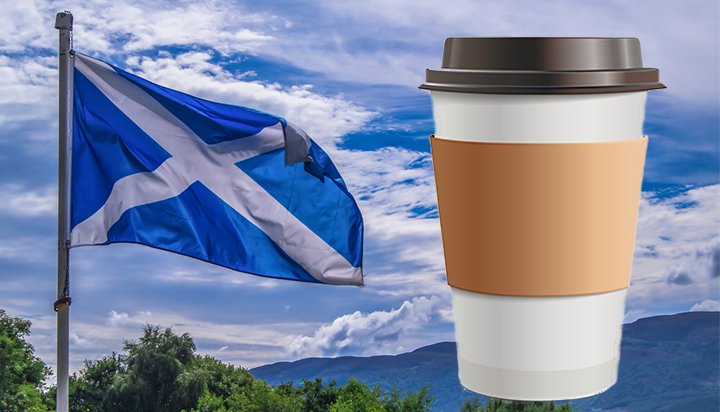 The Scottish Government has announced it is to ban single-use cups, such as those commonly used to hold takeaway coffee, from its main buildings in a bid to cut plastic pollution.

It hopes the move, which will be implemented from the 4th of June, will prevent as many as 450,000 cups from being thrown away and ending up in landfill sites and littering the environment every year.

The country’s politicians’ drinks will instead be served in reusable ceramic mugs for sit-down customers, with staff encouraged to bring their own reusable cups from home for takeaways.

The Scottish Parliament stopped using plastic drinking straws earlier this year and has announced a similar move for ear buds.

Environment Secretary Roseanna Cunningham said: “The Scottish Government is determined to lead by example when it comes to tackling the scourge of plastic littering our countryside and polluting our seas.

“By removing single use coffee cups from our main buildings, we will prevent 450,000 cups from being thrown away every year – that’s enough cups to cover the distance between Edinburgh and Dundee.”

The UK Parliament has also announced a crackdown on plastic waste, aiming to drastically reduce its consumption of single-use plastics by 2019.