Tesla bursts into flames while driving in Los Angeles 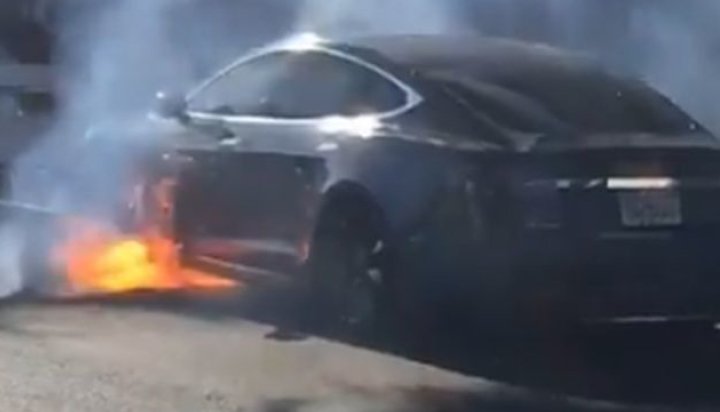 A Tesla has burst into flames while driving through Los Angeles.

UK TV Director Michael Morris was flagged down by other motorists after his electric car set alight, according to his actress wife Mary McCormack, who tweeted a video of the incident.

No one was injured in the malfunction and the technology firm said it had begun investigating what it called an “extraordinarily unusual occurrence”.

The company has since claimed its electric vehicles are less likely to catch fire than fuel-powered cars.

Ms McCormack tweeted: “No accident, out of the blue, in traffic on Santa Monica Blvd. Thank you to the kind couple who flagged him down and told him to pull over”.

She later tweeted the car “wasn’t a Tesla with auto pilot or whatever. It was a normal Tesla”.