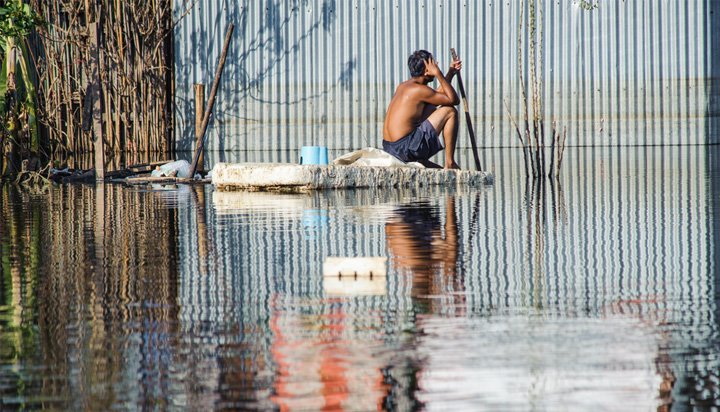 Countries most vulnerable to climate change could face an additional $168 billion (£127bn) in debt payments over the next 10 years.

That’s according to new research commissioned by the UN, which warns of increased risk from vulnerability to climate change affecting the cost of capital for these nations.

It focused on the so-called ‘V20’ group of countries, members of the Climate Vulnerability Forum, which is a consortium of the 20 nations most vulnerable to climate change.

They include Bangladesh, Barbados, Fiji, Haiti, Sri Lanka and Vietnam.

The report by Imperial College Business School found for every $10 (£7.5) these countries pay in interest payments, an additional $1 (£0.75) is due to climate vulnerability.

It also found borrowing for climate finance will become more expensive over time if action is not taken quickly because the increased risk of investments from climate vulnerability causes debt repayments to rise over time.

Charles Donovan, Director of the Centre for Climate Finance and Investment at Imperial College Business School said: “Our work demonstrates that climate change is not only imposing economic and social costs on developing countries but it is also amplifying existing risks that are already priced in fixed income markets. These impacts will grow.

“The good news is that investments in climate adaptation can not only reduce social, ecological and economic harm but can buffer against fiscal impairments. But to be effective, these investments need to be made now.”