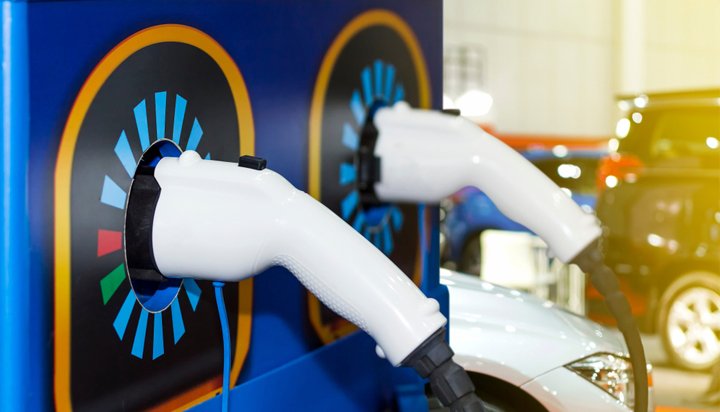 Housebuilders in England would have to install charging points for electric vehicles (EVs) in new homes under latest plans unveiled by the UK Government.

Transport Secretary Chris Grayling made the announcement as part of the ‘Road to Zero Strategy’, which aims to pave the way for a significant expansion of on and off-street charging facilities and boost the use of ultra-low emission vehicles.

Other measures include future-proofing streets by ensuring all new street lighting columns have charging points in areas with current on-street parking and increasing the grant level available through the Workplace Charging Scheme to 75% of the purchase and costs of a charge point.

The government also plans to launch a £100 million Charging Infrastructure Investment Fund which will provide funding to new and existing companies to install charge points and a £40 million programme to develop and trial innovative, low cost wireless and on-street charging technology.

Around £4.5 million will be invested in the On-street Residential Chargepoint Scheme until 2020 to offer funding to local authorities.

The government previously announced it will end the sale of new petrol and diesel cars and vans by 2040.

Mr Grayling said he wants to work with industry to “pave the way for the biggest overhaul in the road transport technology since the development of the Benz Patent Motorcar over 130 years ago”.

He added: “We want the UK to become the best country in the world in which to develop and manufacture zero emission vehicles.

The prize is not just a cleaner and healthier environment but a UK economy fit for the future and the chance to win a substantial slice of a market estimated to be worth up to £7.6 trillion by 2050.”